The term "Impftrain" combines the German word "Impfung" (=vaccine) and training and has been chosen as name for a study that has been funded by the German Federal Institute of Sport Science and has been conducted in the years 2016 - 2018. Findings are now completely published:

The combined working group of the departments for sports and preventive medicine (Prof. Meyer), transplant and infection immunology (Prof. Sester) and microbiology and hygiene (Prof. Gärtner) was able to show that elite athletes do not have an impaired immune response to an influenza vaccine. This has been speculated by several practitioners and scientists and is based on some experimental observations of immune cell populations being decreased within the first hours after intense exercise. Also, the study indicates that side effects from vaccination are not frequent and severe enough to interfere with training. Finally, no relevant difference in immune response or side effects was documented between vaccination shortly after training vs. one day later which is of high relevance for the medical care of elite athletes who usually train on a daily basis. The authors summarize that influenza vaccination seems to be a safe and effective method of infection prophylaxis in elite athletes, and no constraints need to be applied for timing of vac- cinations in relation to their training sessions. This is very much in line with the conclusions of a prior review which two of the authors  have already published in 2014 (Gärtner B, Meyer T: Vaccination in elite athletes. Sports Med 44, 2014: 1361-1376)

How can we protect sensible health data? How does bacteria stick to the surface? Can injury risk in elite football be predicted by a simple movement test? These are some of the questions that young researchers from Saarland University tried to answer during their PhD projects: On Wednesday the 16th of October eleven former PhD students will receive the Eduard-Martin award for exeptional scientific work. The event starts at 6 pm in the Graduate Center (C9 3) at Saarland University.

Robert McCunn has conducted his PhD thesis at the Institute of Sport and Preventive Medicince under the supervision of Prof. Dr. Tim Meyer, who is the team doctor of the German national football team since 2001. McCunns research on the potential prediction of injury risk in elite foorball might support coaches and athletes in their daily decisions. Specifically, he developed a movement screen including basic movements that might be related to an increased injury risk. Currently coaches already devide their players in groups with a supposedly high and low injury risk. However, the results by Robert McCunn - who is originally from Scottland - showed that this might not be necessary. „According to my research it is not possible to predict if a player gets injured or not. Instead coaches should include general exercises for injury prevention“, explains McCunn, who is now working as an applied sport scientist for the „Brisbane Broncos Rugby League Club“ in Australia. For his research McCunn examined more than 300 semi-professional football players during pre-season using a basic movement screen. Within this he is using objective and subjective criteria to evaluate how well players jump, land or lunch. These results were than correlated with injuries duirng the season. 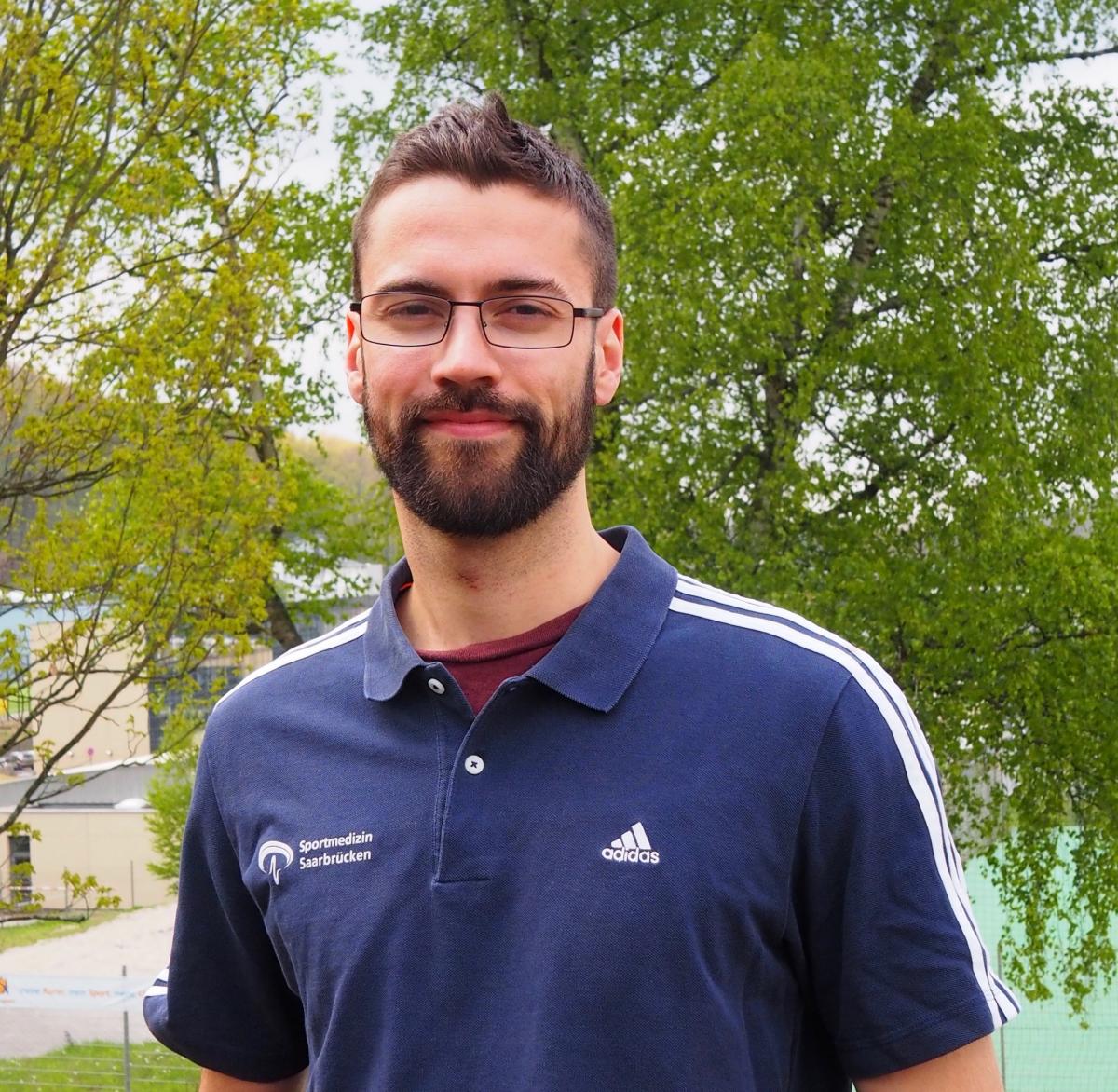 The international Master of Science High-Performance Sport is hosted by the Institute of Sport Science and the Institute of Sports and Preventive Medicine at Saarland University in Saarbruecken (Germany) and starts with the upcoming winter term (October 2018). It aims at qualifying sport scientists for jobs in professional and performance-oriented sport and for academic positions that focus on research fields relevant high-performance athletes. This international Master´s program has a regular duration of four semesters in which 120 ECTS (often referred to as ´Credit points´or CP in German) must be gained. The programme is accredited as a full-time, on-site degree programme. The number of participants is limited. In total, 20 places are available, and students can usually begin the Master´s programme at the winter semester of each year (October to March). Students with an undergraduate degree in sport science or related fields are allowed to apply. For more information on application requirements as well as deadlines visit master-high-performance-sport.de or download the flyer below. 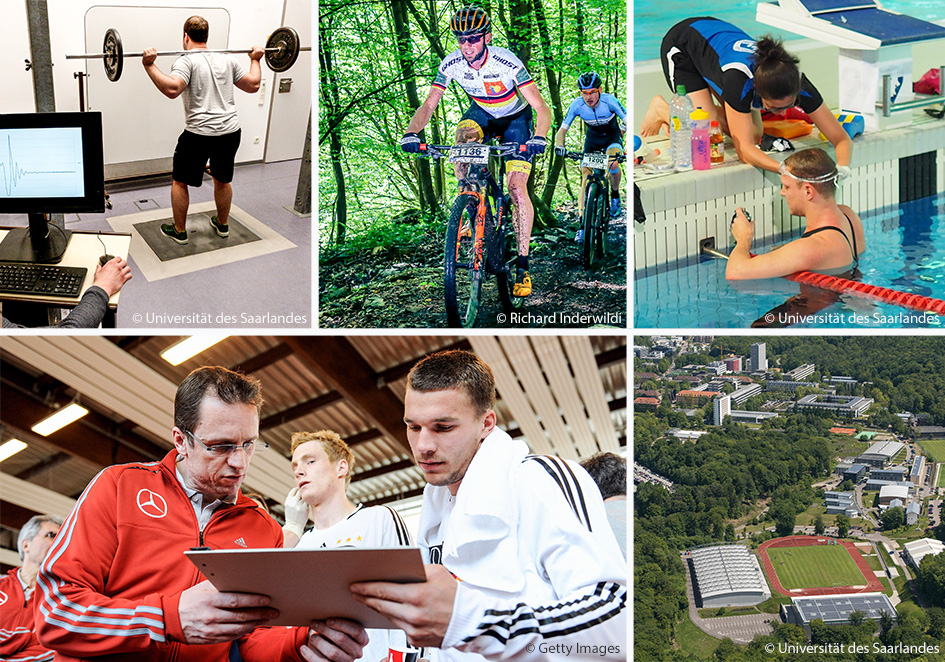 FIFA (Fédération Internationale de Football Association) officially launched a worldwide Sudden Death Registry (SDR) in January 2014 to document fatal events in football. The sudden death of an apparently healthy football player is an uncommon and tragic event which attracts media attention, especially when professional footballers are involved. Vigorous exertion increases the risk of fatal cardiac events by three- to four-fold, since it acts as a trigger for malignant arrhythmias in the presence of underlying cardiovascular diseases. However, overall, regular physical activity is associated with a protective effect even when considering the temporary hazards experienced during athletic activity.

The aim of this registry (FIFA-SDR) is to detect the frequency of sudden death during football and to identify their causes as precisely as possible. Thus, existing screening and preventive measures will be improved or supplemented to help to prevent some of these deaths in the future. For further information or for reporting a case please follow the link.

Sudden cardiac death (SCD) of an apparently healthy athlete is a rare tragic event which attracts an abundance of media attention, especially when elite athletes are involved. Vigorous exertion increases the risk of SCD by the factor of 2.8, since it acts as a trigger for cardiac arrest in the presence of underlying cardiovascular diseases. Unusually high exercise intensities increase the relative risk of SCD, especially in recreational athletes with a poor training condition or in individuals who are in the early phase of returning to exercise. However, overall, regular physical activity is associated with a protective effect even when considering the temporary hazards experienced during athletic activity.

The aim of this register (SCD Germany) is to detect the actual magnitude of sudden death and survived cardiac death during sport and to identify their causes as precisely as possible. Thus, existing screening and preventive measures will be improved or supplemented to help prevent some of these deaths in the future. For further information about the projects or to report a case please follow the link.

"Check every single case carefully." Prof. Tim Meyer about using defibrillatoren in sport
Medical miracle, a incalcuable risk, favourable pre-conditions? The story about Daniel Engelbrecht (24) produced a lot of attention in German media. As the first German professional footballer ever he played a game for the Stuttgarter Kickers with an implanted defibrillator. Is this a one-time success story? Or a story that gives hope to many other patients suffering from heart diseases? The German national team physician Prof. Dr. Tim Meyer gives answers to this. The detailled interview can be found on DFB.de (only in German).